Jackie – Illusion’s Straight From the Jacket

Jackie is the daughter of Ace and Fire. Jackie is a very balanced girl with correct angulation, nice big bone and feet. She is an absolute sweetheart. Jackie won her huge Bred-By class at the 2011 National under Breeder-Judge Nancy Russell. She has taken a while to mature and we hope to finish her AKC Championship in 2014. Jackie is an OFA excellent, has been CERF’d, has a CHD number and is normal for polyneuropathy. Jackie did fabulous at the 2012 AMCA National, winning her class and competing for Winners.

Jackie’s name – Joe wanted to name a dog after his good friend and fellow magician, Hank Moorehouse. Since I would not call a girl Hank, we settled first on the registered name. Hank always closed his shows by escaping from a straight jacket, so “straight from the jacket”. Hank’s wife’s name? – Jackie. 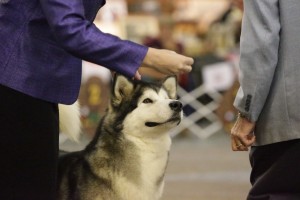 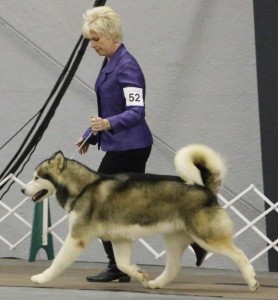 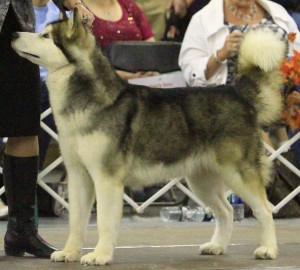 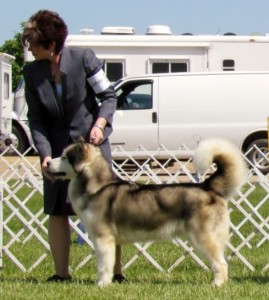 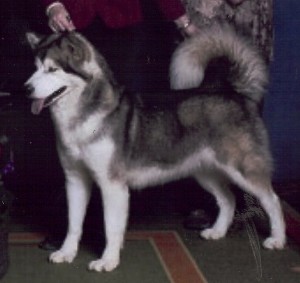